You Will Never Regret Doing the Right Thing 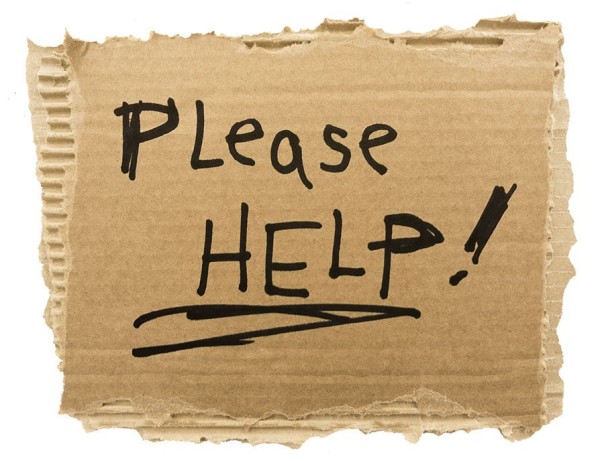 DISCLAIMER:
This is not a humblebrag post. I am only sharing it because I ALMOST didn’t do the right thing because I am a jaded, cynical jerk who thinks he’s seen it all and knows everything. Pulling out of Walmart and I see a family across the street in the grass next to Wendy’s. Mom is standing next to a 10 year old boy and is holding a toddler and a sign which says: “Need food, need gas, need money. Please help. God bless.” I think to myself, “Yeah, right.” 99.9% of the time, if someone has a sign they are scamming. Experience has borne this statistic out.
Still, as I pull away and turn the corner. I can’t shake a feeling. So what if they’re scammers. That’s between them and the Lord. My responsibility as a Christian and basic human being is to help if I can (and I could). Especially when there are kids. AHA! The scammers know that and use kids as props to play on your emotions! Look at what a grifter lifestyle they are teaching their children!

Still…..I had a prickly nudge. Before I talked myself out of it, I turned around because two wrongs don’t make a right but three rights make a left. I figured I would ease my conscience by offering to pay for their food at Wendy’s. When they refused and would only accept money, I could then drive off in smug self-satisfaction at being right and NOT being taken advantage of because I am nobody’s fool, dontchaknow.

Much to my surprise, the boy gladly accepted and agreed to walk over to Wendy’s. His mom didn’t want him to go in with me (totally understandable) and I said I would get some food and bring it over (it was maybe 80 feet away). As I approached, Dad had pulled up in their um…”well-traveled” minivan. It had California plates on the front. I introduced myself and he said his name was Florin. He was very grateful for the food and cold drinks (it was pretty warm this afternoon). I asked if they were traveling and he said they had moved to Pennsylvania but that area was a hotspot for Coronavirus and they were worried for the children. They decided to move back to California. I asked him where in California and he said Salinas. I was stunned. “No way! I was stationed at Fort Ord and we dromve over to Salinas all the time!” He was equally stunned. He expressed his thanks again and I said, “Now that we have you guys some food, has anyone given you any money for gas or hotels?” He said no, not really much. So I lit him up with a little cash. He again thanked me profusely. I told him I would pray for his family and a safe trip. He said, “God bless you.”

Here’s the point. I almost let my cynicism and assumptions frost my heart enough to avoid helping someone asking for help. That’s wrong. I’ve been scammed before and as I said above, that’s not my problem. It’s their problem. It’s my responsibility to help when I can. That’s the lesson Jesus taught in the parable of the Good Samaritan. I was pleased I could help him but I was also ashamed I ALMOST didn’t. Even if your efforts go unseen or are met with ingratitude,
DO IT ANYWAY.
Also, when he mentioned they were traveling because of coronavirus it was NOT the  time for me to roll my eyes, call him a paranoid sheep, or make any other unkind judgment about his decision. It doesn’t matter how I feel. It doesn’t matter if I think his current situation (or anyone else’s for that matter) is a result of what I see as poor life choices. He needs help, I can help, therefore I become obligated. P.E.R.I.O.D.

A wise friend *cough*Neal Pollard*cough* once gave me perhaps the single best piece of advice I’ve ever received. I was in the midst of a very complex and painful dilemma and was sorely tempted to be selfish and follow my hurt feelings and lash out to protect myself. He gently urged me not to and said. “No matter how hard it may be TODAY, you will never regret doing the right thing later on.”
Boom.
He was right then, and he’s been right every time I’ve applied that wisdom afterward (which is often).

Don’t assume you know someone’s situation or story. Instead, why don’t you ask them and find out? You may be surprised at what you discover. You may meet a new friend like Florin. You may have the scab peeled off your heart. Whatever happens, it will benefit you. You won’t regret it. Trust me.

Posted on June 25, 2020, in Uncategorized. Bookmark the permalink. Leave a comment.